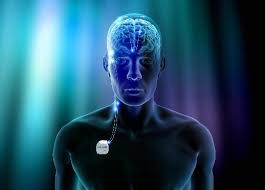 Deep brain stimulation does not damage any part of the brain and has fewer complications than other types of surgery.

July 2018.- One of the priorities to consider when a serious illness is suspected is knowing how to identify the first signs. It is equally important to seek medical consultation to confirm if what you are feeling is what is suspected.

For a disease like Parkinson’s, which is difficult to identify in its initial stages, knowing exactly what to look for and how to react is imperative.

Parkinson’s disease is a chronic progressive neurological disease that affects nerve cells (neurons) in the brain. Parkinson’s symptoms include tremor (rhythmic movement of the lips, chin, hands, and legs); stiffness and slowness; balance and gait problems

“Dopamine, a neurotransmitter, is diminished in patients with Parkinson’s disease,” says Ramón Lugo, a neurologist at Cleveland Clinic Florida. To help control symptoms, patients can take levodopa, a medicine that turns into dopamine when it reaches the brain. It is often prescribed with a second medicine called carbidopa, which compensates for the effects of nausea caused by levodopa alone.

In deep brain stimulation, the electrodes are placed in the subthalamic nucleus or pale globe. The electrodes are connected by wires to an implantable pulse generator, a type of pacemaker device placed under the skin of the chest under the collarbone.

Once activated, the implantable pulse generator sends continuous electrical pulses to the target areas in the brain, modifying the brain circuits that are responsible for Parkinson’s motor symptoms without permanently changing parts of the brain. Patients receive a simple programmer to turn the implantable pulse generator on or off, verify the life of the device or choose between different preset functions according to their symptoms and needs.

“A key differentiator with deep brain stimulation is that it does not damage any part of the brain and also has fewer complications than other types of surgery. Adjustments can be made as the person’s disease changes without additional surgery and can be turned off if they occur excessive side effects, without long-term consequences. More than 70 percent of patients who undergo this procedure show significant improvement of all related symptoms. ”

He also adds that, as with any surgery, there are some risks. “In general, the risks may include infection, intracerebral hemorrhage and changes in memory or cognition. In general, the benefits that patients get from surgery outweigh the risks.”

In addition to learning to identify the symptoms you should observe, Cleveland Clinic offers four aspects of this disease that you should know:

1. Parkinson’s is a progressive disease

– The disease worsens over time, however, each case is different. The treatment focuses on limiting the impact of symptoms in your daily life.

2. The cause is largely unknown

– Doctors cannot identify exactly what causes Parkinson’s in 95 percent of cases. Research shows that genetic mutations are responsible for the rest of the cases. Often, a combination of factors such as genetic susceptibility and environmental factors (which have multiple head injuries, for example) are involved.

3. Treatment depends on the symptoms

– Depending on the impact of the symptoms themselves, doctors will determine how to treat your disease. If your symptoms do not interrupt your daily functioning, you are likely to postpone the prescription of medications.

4. Stroke, infection or other neurological conditions may resemble Parkinson’s.

– Do not make assumptions about your condition before seeing a neurologist or Parkinson’s expert for a proper diagnosis.

“Everyone’s experience with Parkinson’s is unique,” says Dr. Adada. “It’s important to get a good evaluation from a neurologist or a Parkinson expert to make sure you’re on the right track.”