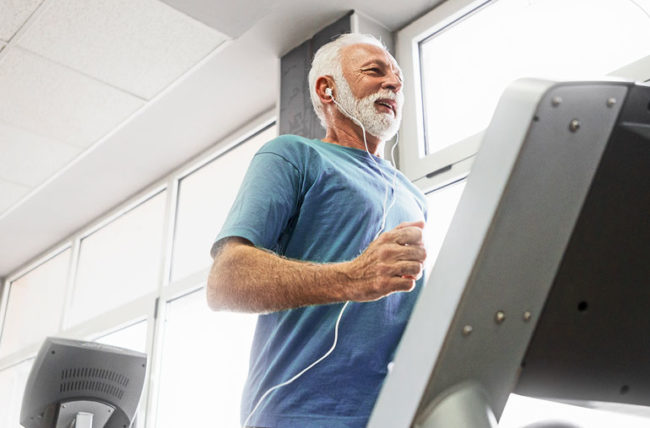 Exercise performance is a better predictor of mortality

In the Dominican Republic, 5.5 hours are spent, on average, per week on sports and physical exercises.

Santo Domingo, August 2019 – Sport is a physical activity that activates the functioning of the body, removes it from its resting state, allowing people to exercise their body, to keep it in good physical and mental level. Because of the importance of sport, the National Survey of Multiple Purpose Homes (ENHOGAR) 2016, measured the prevalence of this activity in the Dominican population.

The country dedicates 5.5 hours, on average, a week to the practice of sports and physical exercises, this according to a probabilistic sample of 22,670 people.

Cleveland Clinic researchers have developed a tool to calculate a person’s physiological age based on the performance of their exercise during a stress test and found that it is a better predictor of how long they will live, compared to their real age.

This study consisted of 126,356 patients who were referred for a stress test at Cleveland Clinic between January 1, 1991, and February 27, 2015, to assess whether the estimated age of a patient based on their exercise performance is a better predictor. of mortality compared to chronological age.

The results published in the European Journal of Preventive Cardiology indicated that the estimated age based on exercise performance was better at predicting survival than the actual age of the patients – both in men and women when considered separately.

Among those included, 55% of men and 57% of women between 50 and 60 years had their estimated age younger than their chronological age. The formula for estimating physiological age was developed based on the exercise variables that were collected at the time of the patient’s stress test.

“Physiological age based on the performance of your exercise on stress tests is a better predictor of how long you will live,” said Serge Harb, MD, a cardiologist at the Cleveland Clinic and first author of the study. “The key message for patients is to exercise more and for health care providers to use this physiological age as a way to motivate their patients to improve their exercise performance.”

It is important to keep in mind that the study analyzed the results of a large population and that individual patients should always consult with their health care provider before starting an exercise program.

“For the first time, we can quantify the impact of its performance level on a treadmill test by adding or subtracting years from its actual age,” concludes Harb.