A look at the 3rd International Health and Wellness Tourism Congress

Within the framework of the event, the Dominican Health Tourism Association recognized distinguished personalities for their contributions in the sector

In an event held at the facilities of the Anacaona Hall of the Hotel Jaragua, the inaugural cocktail of the 3rd International Congress of Health and Wellness Tourism was held, a stage in which two personalities were recognized for their great contributions to the health tourism sector.

The event formally began with the words of Dr. Alejandro Cambiaso, president and founder of the Dominican Health Tourism Association, who thanked everyone present for their assistance and the sponsors and 28 speakers who made this meeting possible, while motivating the constant support of the actions carried out in favor of the sector, in order to transform the practice of Dominican medicine.

‘’ Health tourism is an exceptional opportunity for the development of the country’s economy, by promoting its growth, its formal employment levels, its foreign exchange earnings. We are convinced that health tourism will drive the continuous improvement of the quality of health services, aligning ourselves with the government strategy to improve the health of the Dominican population, ”said Dr. Cambiaso.

The Dominican Republic undoubtedly presents favorable conditions to establish itself as a destination of health and well-being, which provides greater added value to the economy for very competitive costs of services compared to first world countries, the existence of health centers in international accreditation process and with international departments, the favorable climate and geographical position, as well as the great experience and success of the tourism and hotel industry, among other factors.

During the activity, two distinguished personalities of the sector were distinguished, who received their awards from the president of AF Comunicación Estratégica and vice president of the association, Amelia Reyes Mora, who shared with all those present the merits that have earned this distinction to The doctors. 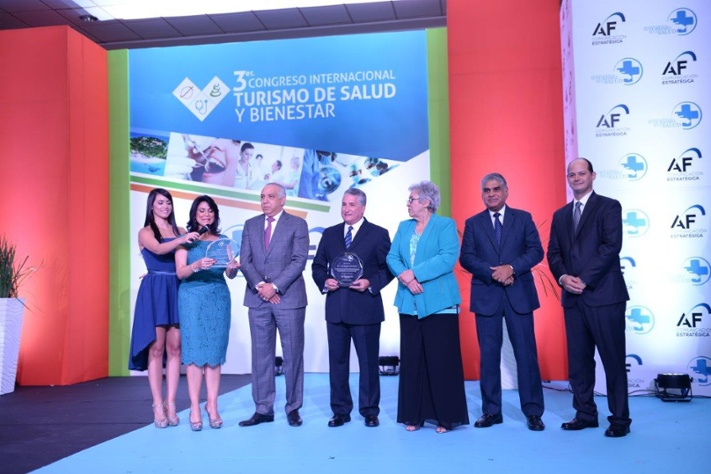 The second honoree of the night was Dr. Ramón Tallaj, who despite residing in the United States, year after year performs with his medical operations allies in the country, benefiting thousands of people with this social work.

Currently, Dr. Tallaj promotes the Dominican Republic as one of the health destinations for medical and dental procedures.

During the event, the stands of the sponsors who presented their interesting options of products and services to the attendees were opened.

The activity was attended by the Minister of Public Health, Altagracia Guzmán and the Vice Minister of Tourism Fausto Fernández, as well as a large participation of authorities, members of the diplomatic and consular body accredited in the country, renowned medical professionals, personalities of the area tourism and hotel, financial, sponsors, business and government entities and media.