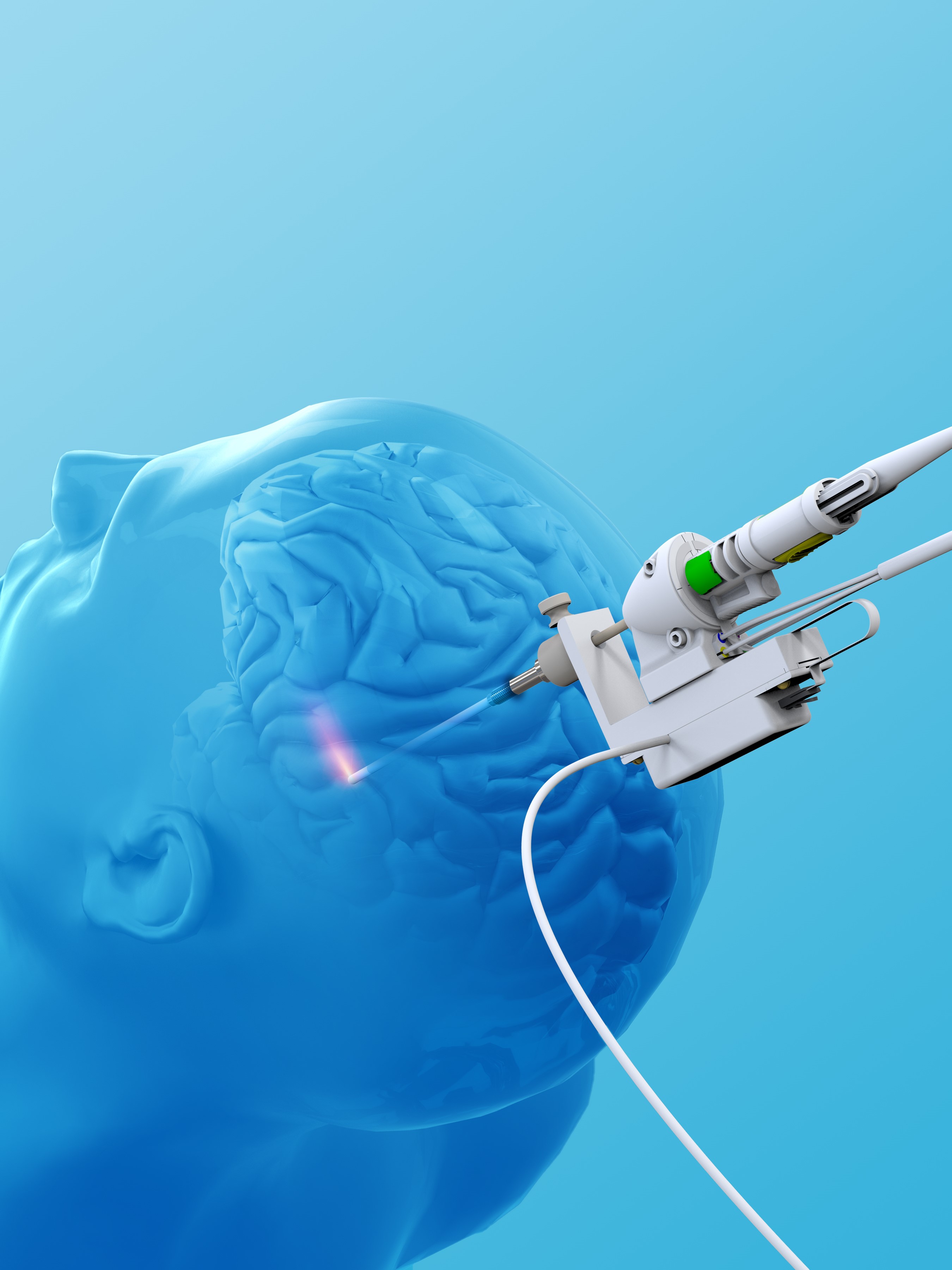 NeuroBlate received authorization from the FDA in 2013, is used for epilepsy and brain cancer and is significantly less invasive than a craniotomy.

August 2018.- Future survival statistics for brain cancer can now be better with the new SureFire® technology for the NeuroBlate® treatment system.

The NeuroBlate SureFire laser uses a Magnetic Resonance Imaging (MRI) guided probe to heat and remove diseased tissue while protecting healthy brain tissue. It is used for epilepsy and brain cancer and is significantly less invasive than a craniotomy, an open brain procedure that usually involves several hours in surgery, general anesthesia and is followed by a three or four-day hospital stay for recovery.

According to Dr. Adada, “NeuroBlate SureFire allows the neurosurgeon to accurately and safely administer an explosion of energy to treat brain tumors and ‘disconnect’ tissues that cause seizures: a very important advance for our arsenal of treatments. ”

During the procedure, the neurosurgeon makes a small opening in the skull with the NeuroBlate, places the SureFire laser in the diseased tissue and observes the MRI in real-time while the laser eradicates the tumor or brain injury, from the inside out. The patient may be awake, and the procedure may be more cost-effective. Usually, patients are discharged the next day.

NeuroBlate received authorization from the FDA in 2013 for its accuracy and safety in the delivery of laser energy. Since then, it has been used in thousands of procedures. It is the only minimally invasive cranial access system that uses a robotic interface. The Cleveland Clinic in Ohio was the first in the world to use technology at the Rose Ella Brain Neuro-Oncology and Tumor Center

Burkhardt In Florida, Dr. Adada has made several interventions with this new technology.