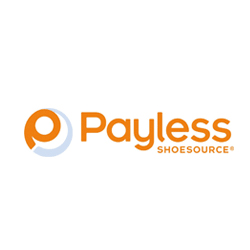 Costa Rica, August 2017. Payless ShoeSource (“Payless,” “the Company”) announced that its North American entities successfully emerged from Chapter 11 of restructuring as the number one specialized footwear retailer in the United States and one of the largest worldwide with approximately 3,500 stores – 400 of these in Latin America and the Caribbean -, with one of the most recognized global brands, and with substantial liquidity after eliminating the excess of $ 435 million in funded debt.

As part of this restructuring process, Paul Jones will retire as Director-General. The post-emersion Board of Directors will begin a search to identify a new Director-General that guides Payless into the future.

Chapter 11 is a process of US law that allows a company to carry out a structural reorganization with the supervision of a court or a market regulator.

In order for a company to undergo this procedure, it must present a plan that describes how it will change structurally, in order to pay its debts and remain in its business.

“We have achieved our goals of strengthening our balance sheet and restructuring our debt burden, positioning Payless to create substantial value for our stakeholders and achieve long-term success,” said Paul Jones.

In a year in which many major retail companies have undergone Chapter 11 restructuring, Payless is the first to emerge successfully as a stronger and healthier company for the benefit of its customers, employees, suppliers, business partners and investors.

This is a testament to the hard work and dedication of each of us at Payless, and I thank you for the honor of working with them in the past five years. Our new owners fully believe in the future of Payless, and I have full confidence that they will identify a new leader who will complement our exceptional and deeply committed management team and bring new ideas and approaches, “Jones continued.

“Payless remains prepared to execute the company’s strategy for the future, and is excited to continue serving our loyal customers in both North America and the rest of the world,” said Michael Schwindle, who will be one of the members of the newly appointed Executive Committee.

“On behalf of everyone in the company, I want to extend our collective thanks to Paul. We are grateful for his exemplary leadership and his contributions to the strategic direction of the company, which have helped build a solid foundation for future growth,” concluded Schwindle.

During this process, Kirkland & Ellis LLP served as the legal advisor of Payless, Guggenheim Securities, LLC as its investment banker and financial advisor, and Alvarez & Marsal North America, LLC as its Director of Restructuring. Working with the management team, these advisors have ensured that the company entered and left Chapter 11 in just a little over four months, an accelerated pace that has given the company the best opportunity to excel in the future.

Payless ShoeSource is the number one footwear retailer in the United States and one of the largest worldwide, offering a wide range of footwear and accessories at affordable prices for each family member. The company’s mission is simple: Become the shoe store where you get more and pay less for our customers.

International expansion is a priority for Payless. In Latin America and the Caribbean, that means we will look for opportunities to open new locations in countries where Payless already does business. So far this year, Payless has opened 10 stores in the region and plans to open 12 additional locations.

Payless’s seasonal collection includes shoes for almost every need such as dress, casual and athletic styles, as well as specialized footwear. Payless stores provide sizes for hard-to-find women with a significant portion of the seasonal assortment offered in sizes 11, 12 and 13, and wide sizes.

The line for children also includes a variety of styles in wide sizes, as well as half sizes and extended sizes up to size 6 for children (equivalent to size 8 for women and size 6 for men). Payless also offers a wide range of seasonal accessories such as socks, purses, scarves, hats, jewelry and hair accessories to help everyone complete their style.

Brands are always important to buyers and Payless has a strong portfolio that highlights the popular and authentic Champion® athletic brand, American Eagle ™ by Payless®, the Christian Siriano for Payless designer label, the Airwalk® skate brand, KangaROOS ®, the classic American brand Dexter®, and the avant-garde youth brand Brash ™.

The children’s collection highlights one of the widest and most powerful assortments on the market, including a range of fun character shoes that kids love.

Payless serves millions of consumers through a strong global network with stores in all 50 states of the United States, as well as Puerto Rico, Guam, Saipan, Virgin Islands, Canada, Central America, the Caribbean, and South America.

The company also has a broad presence in the eastern hemisphere through franchise agreements. Payless operates an online store and has around 3,500 physical stores in more than 30 countries.

Payless was founded in 1956, in Topeka, Kansas, with the revolutionary idea of ​​selling quality shoes at affordable prices in a self-service environment. Sixty years later, Payless continues with its self-service model combined with industry-leading customer service to provide a fun and engaging shopping experience for its customers.