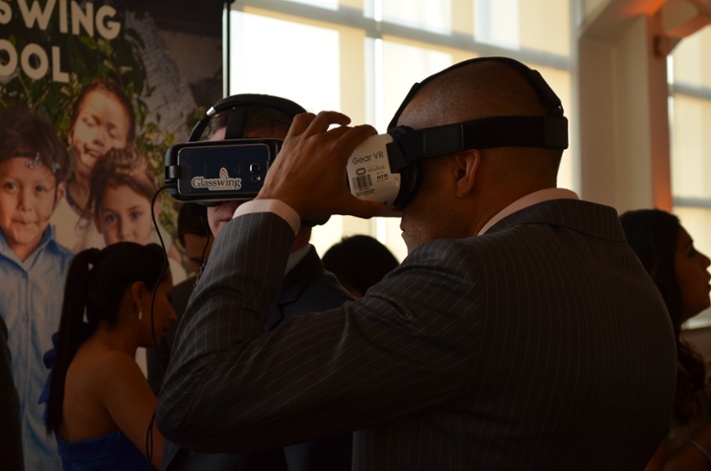 Thanks to the experience of Gear VR, donors and major shareholders who met in New York City had a close look at Glasswing’s community projects in Central America.

Glasswing International, a nonprofit organization that empowers individuals to address the root causes of poverty and violence in their communities through education and health programs, held its second annual charity gala in the city of New York The event raised about half a million dollars for children and youth at risk.

During the gala event, Glasswing International used the Samsung Gear VR and the virtual reality experience to transport donors and shareholders to Central America to have a closer look and better understanding of the community projects carried out in these countries.

“Virtual reality (VR) is a particular medium that tricks the brain into believing that it has actually had real-life experience, so VR has been called the last machine that generates empathy.

At Samsung we are willing to boost use of virtual reality beyond entertainment to allow positive changes such as the creation of understanding between people and explain complex scenarios difficult to explain otherwise, as in the case of community programs implemented in difficult contexts around the world, “he explained Nicole Orillac, Director of Corporate Citizenship at Samsung in Central America and the Caribbean.

The gala honored HanesBrands for his remarkable work with the organization in the Community Schools initiative in the last eight years in Central America. Richard A. Noll, CEO of HanesBrands, joined Celina de Sola, Ken Baker, and Diego de Sola, co-founders of Glasswing International, for the event.

More than three hundred guests were welcomed by the founders of Glasswing International, Celinda, and Diego de Sola, and with the words of Richard A. Noll in Tribeca Three Sixty. The highlight of the night was the collection auction for: